The Tesla Model S is an engineering marvel and a thing of beauty. It really doesn’t need much but an occasional bath ( Just did my first hand-wash last night since I was a teenager). But low and behold from Amazon there came another piece to the Model S puzzle.

I really admire the look of the P85 with its Carbon Fiber spoiler but from Tesla it is a $1000 option (URK).  Also because my car is not a performance model Tesla will not install it on my vehicle. Well I was watching the forums over at Tesla Motors Club and someone found a CF spoiler for less than $300. This really peaked my interest but I put it on my Amazon wish list for a later day. I just happened to be viewing my wish list when I saw the price had dropped to $153 with free shipping. Throwing caution to the wind I hit buy it now and about 10 days later the spoiler showed up.

The spoiler looks almost, if not exactly, identical to the Tesla OEM part. With the help of some friends I installed the Spoiler today. Here are some pics for your enjoyment! 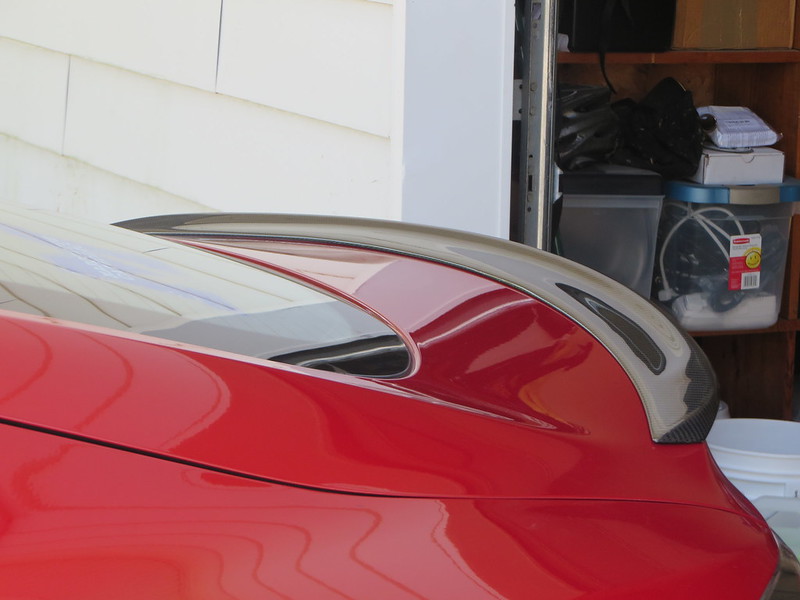 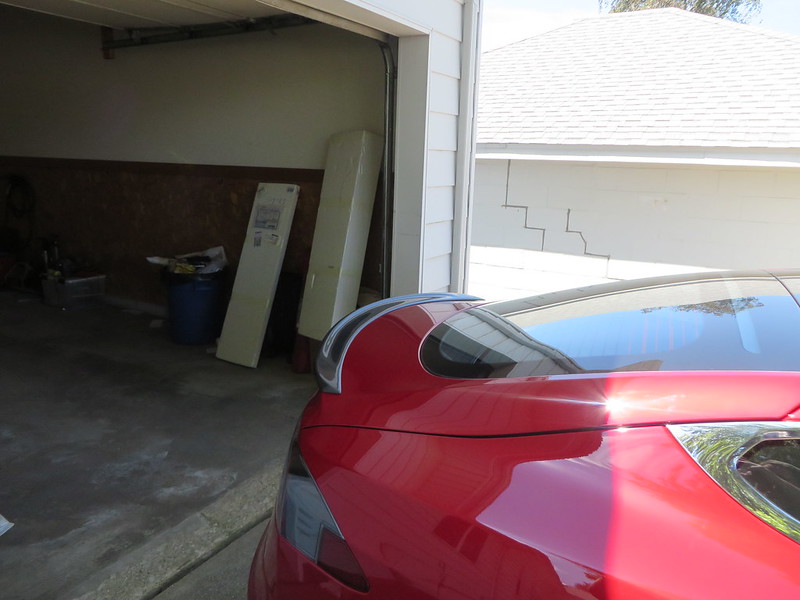 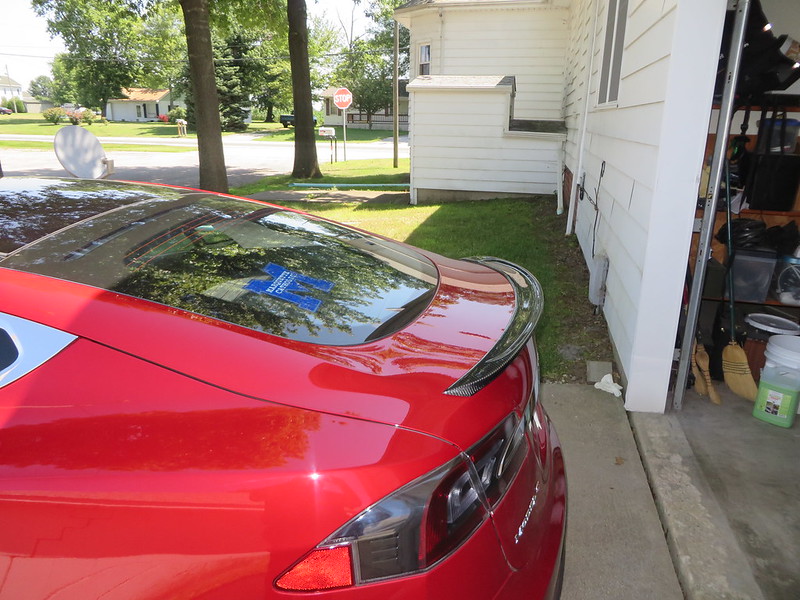